Chat with us, powered by LiveChat

During your personal injury legal consultations, trial or settlement procedures, you will be exposed to certain “legalese.” These words and phrases are used regularly by personal injury attorneys and the courts, but can feel like a second language to clients without a legal background.

While you always want to search for a lawyer who explains things to you as clearly as possible, it is helpful to have a basic understanding of common legalese.

The more you familiarize yourself with some of the most common personal injury legal terms, the easier time you will have when reading and signing documents, and being engaged in trial proceedings or settlement negotiations. Below, we have focused on terms that are routinely used in the legal world, but are not regularly used in everyday speech.

This short glossary will get you started. For a complete legal terminology resource, visit the American Bar Association website.

Accident report. Accident reports serve as important pieces of evidence in a personal injury case. They are often the first, detailed report taken immediately after the injury or accident occurred, typically by a safety manager, a police officer, hospital personnel, or some other authority figure.

Act of God. Acts of God refer to acts of nature or events/calamities that were completely out of human control, and that could not be prevented with proactive precautions. Examples include things like fires, floods and storm damage.

Attorney-client privilege. The attorney-client privilege refers to the confidentiality that exists between a client and his/her attorney. The attorney cannot share any information learned from the client if the information was divulged within the boundaries of a professional relationship. Read our post, At What Point Does Attorney-Client Privilege Begin to learn more about this privilege and its exceptions.

Bad faith claim. An assertion filed by a client against their insurance company when the insurance carrier refuses to honor their policy terms, thereby unnecessarily drawing out reimbursement/payment, or when the carrier denies a claim that was within the parameters of the policy.

Burden of proof. If you are the plaintiff in a personal injury case, it is your responsibility (typically via your lawyer) to prove that the defendant caused the injury and that you sustained an injury as a result of the defendant’s conduct.

Complaint. The complaint is the first official document filed with the court to get a personal injury case started. The complaint describes the alleged wrongdoing of the defendant and outlines the plaintiff’s resulting injuries.

Contingency fee. A fee charged by a lawyer, but only paid if the lawyer obtains a recovery, via settlement, award or judgment, on the plaintiff’s behalf.  The payment of the attorney’s fee is contingent on the attorney obtaining a recovery on behalf of the client.

Contusion. This is a medical term used to describe a bruise or injured tissue where capillaries rupture underneath.

Damages. This is a broad term used to describe all of the damage a plaintiff has sustained or is otherwise entitled to claim, including economic damage, non-economic damage (a.k.a. pain and suffering), exemplary, punitive, etc.

Demand letter. This letter is sent from the plaintiff to the defendant, requesting a particular action and threatening legal action if demands are not met. This is often a first step taken before a complaint is filed with the courts.

Discovery. A process that unfolds as each side obtains evidence from one another. The discovery process usually includes depositions, interrogatories, requests for records or documents, requests for admissions, interviews, medical examinations, etc.

Duty of care. The requirement that a person acts toward others and the public with the same watchfulness, attention, caution, and prudence that a reasonable person would use under similar circumstances. Failure to honor your duty of care can result in being a defendant in a personal injury lawsuit.

Excess judgment. An amount of money paid to the plaintiff above and beyond an insurance claim’s maximum payout, typically awarded by a judge to make an impact on an insurance company accused of acting in bad faith.

Exhaustion of benefits. The running out of assistances payable to a party; all money allocated has been depleted.

First-party claims. These are claims made against your own insurance carrier rather than against another party’s insurance carrier.  A common example is an uninsured or underinsured motorist claim.

Good faith. The honest intent to fulfill a promise or obligation, or to take a particular action, etc., without the intention to take advantage of another party.

HIPAA (Health Insurance Portability and Accountability) Act. A law enacted to protect the confidentiality of a person’s medical records and healthcare choices. HIPAA requires that a person give written permission before their medical records are shared with another party.

Income replacement benefits (IRBs) (a.k.a. past and future wage loss). Damages paid to the plaintiff to make up for short or long-term income loss as the result of the injury or accident - including car accidents involving negligence.

Interrogatories. A set or series of written questions sent to an opposing party. These are most often used in the discovery phase of a case.

Judgment. The final decision in a criminal, personal injury or civil case that resolves all the issues.

Known loss rule. A rule stating that one may not obtain insurance coverage for a loss that has already occurred and which was known to the insured. The rule prevents individuals from buying insurance to cover something that is already damaged, lost or otherwise in need of coverage.

Letter of protection. If you are injured and cannot pay for medical treatment, your lawyer may offer your healthcare provider a letter of protection, which guarantees the medical bills will be paid when the lawsuit or settlement is complete.

Limitation of risk. The cap on the total amount an insurer is required to pay in any single loss event.

Maximum Medical Improvement (MMI). This is the maximum level of recovery a patient (victim) will reach, despite receiving additional treatment or therapies. Once a patient reaches MMI, s/he is assessed for permanent disability.

Mediation. Using outside support with a neutral third party to settle a dispute or come to an agreement without the energetic and financial strains of going to trial.

Notary Public. A person who has been authorized by a state to administer oaths or certify documents.

Notice to Company/Insurer. A letter written to the insurer explaining the incident that occurred and upon which your claim is based.

Out-of-Court Settlement. A resolution that is reached without using the court system, i.e., via direct negotiations, or through mediation or arbitration.

Personal injury protection (PIP). Personal injury protection (PIP), also known as “no-fault insurance,” is a component of an automobile insurance plan that covers the healthcare expenses and lost wages associated with a car accident.  PIP covers these expenses for both injured policyholders and passengers, even if there is no independent health insurance available.  This is similar to medical payments protection, which covers medical care costs only.

Premises liability. The legal principles holding landowners and managers responsible when someone is injured on property they own or control due to the existence of a dangerous condition (outside of acts of God). These are typically connected to some type of negligence.

Statute of limitations. The amount of time a victim/plaintiff has to file their claim in court after an event occurred. These limitations vary according to the crime or event. In the event of a car accident, for example, the California statute of limitations is set at two years from the date of the injury (provided the person that caused the injury was not a government employee acting in the course and scope of their employment when the accident occurred; in such case, specific claims requirements must be met within a significantly truncated period).

Strict liability. Holding another party responsible as the result of negligence or wrongdoing with little to no exceptions.

Tort. A private or civil wrong that is not a crime, but still results in injury or damages. Personal injury cases make up the most common type of tort claim.

Trier of fact. Typically a jury or a judge. The trier of fact reviews all of the evidence in a case and makes a decision.

Voir dire (pronounced vwahr-deer). The jury selection process during which the attorneys ask potential jurors questions in order to learn about the jurors’ potential biases.

Are you considering moving forward with a personal injury claim? Schedule a consultation with Burneikis Law. We are down-to-earth attorneys who work hard for our clients. Our legal professionals and staff always ensure our clients understand our terminology, so you never feel left in the dark. 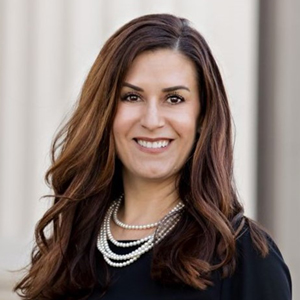 About Monica Burneikis
Monica Burneikis has been an accident and personal injury lawyer for over 15 years. She knows what it takes to fight with insurance companies in order to obtain maximum compensation for injury victims and their families.
Contact Burneikis Law